Yesterday, I arrived in Marrakech, Morocco.  I am here with the SustainUs youth delegation for COP22.  So far, only some of the delegation has arrived. 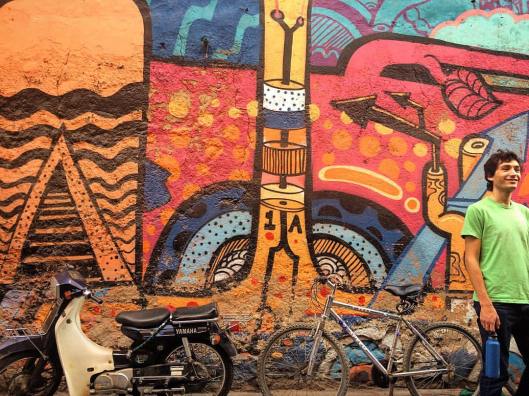 A mural within the Medina.

We are staying in a sort of house together, preparing for meetings and conference calls, presentations and actions, and many more things.  A lot of our time is spent pitching stories and creating media.

For dinner last night, we went to a cafe to meet some local activists.  I hope to write more about this, but things are sensitive right now.  We appear to be arriving at the time of a new Arab Spring of sorts here in Morocco…just days after a fisherman went to retrieve the swordfish of his police confiscated and threw in a garbage truck.  The police ordered him to be crushed to death. 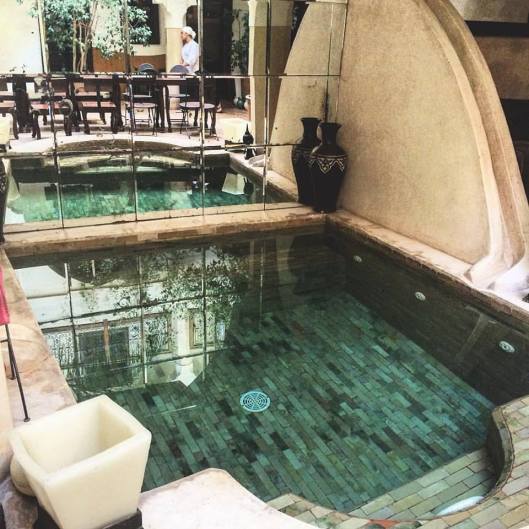 A pool by our “office” space.

We hope to scramble over the next few days to join actions and really pressure the world to see Morocco’s “greenwashing” under the present King.  Much like in North America, the indigenous peoples of Morocco are facing environmental racism/classism and are not given the rights they have survived off of for all of their existence here.  Like fishing freely and sustainably. 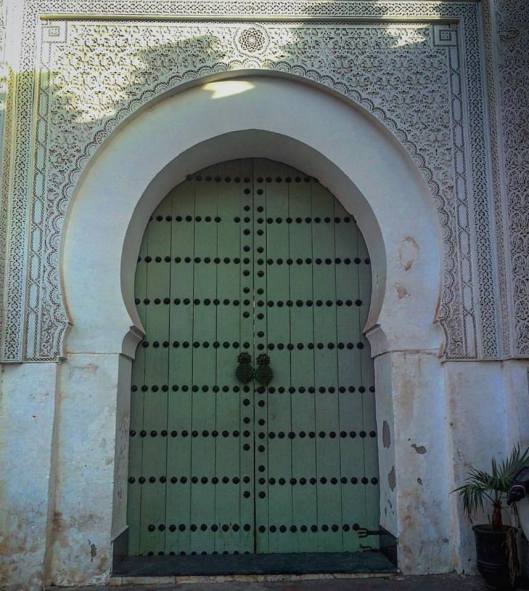 A door in Marrakech.

In the morning, I will be traveling to a coastal village with only a couple delegates to cover a special mission.  The freedom we have to spontaneous follow these missions is a really amazing element to our delegation.  We hope to get some narratives from a small town subjected to environmental atrocities.  I’ll write about it when we return.

Some art in the local money exchange.

It’s nice to use my French again.  Here is a view of the markets from a rooftop restaurant where a few of us had lunch today. 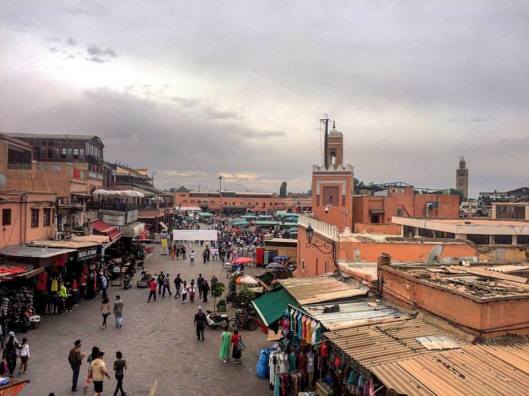 Spices in the market.

More later!  Time to do some homework and pack for my day trip.

Casablanca, Morocco, Africa
Flying from France to Morocco was surprisingly long: 3 hours.  I tend to forget how large France and Spain are, but flying over them quickly reminds me.  The people I sat next to didn’t seem especially friendly, which isn’t all that surprising in France.  It’s not that the French are rude, they’re just not particularly outgoing.  Smiling at a stranger can be offensive.  I’ve always fared extremely well in Paris because I am not one to smile at strangers as it is.  I’m very much to myself, just like the Parisians.  It was bizarre, though, that the people beside me were so reserved when many others on the plane were rather bright and cheery.

While on the plane, I managed to speak only French, and no one questioned what I had said or had tried to speak English with me.  I don’t think anyone even suspected I am American.  I kept my passport safely tucked away.  It’s the same color as a French passport, a convenient coincidence.  I stayed awake to eat and listen to conversation until, after some time, I slowly began drifting away.  I was in the aisle seat which was particularly annoying and was rudely awoken when a friend took notice of the woman beside me and began talking loudly over me as I slept.

Before long, we were over the Mediterranean and approaching mainland.  I could just barely make out the sandy land masses over the people beside me as they looked out, too.  As soon as they turned back, I turned back as well, not wanting to awkwardly look past them and out the window.  Sadly, I couldn’t see the sunset as we came in.  We had been chasing the sun since leaving Paris.  I only lost 2 hours in time because Morocco is actually an hour behind Paris and Cotonou.

By the time I got off the back seat of my AirFrance flight, it was basically dark.  I had my entry card in hand, contemplating filling it out and going through customs.  I had several hours, but I had no idea where I was and it was now dark.  I decided, last minute, that I didn’t have enough time to deal with customs and the like to explore outside the airport and make it safely back in time for my next flight.  I was particularly concerned because I had a mishmash of paperwork that I was supposed to present in place of a plane ticket, thanks to AirFrance’s missed connection and subsequent booking efforts.  Thankfully, I had no problems getting in.

American airport security is ridiculous, especially NYC.  IN France, they let me keep my shoes on and didn’t’ care much.  In Morocco, the guards were yelling at each other as I tried to walk through without taking off anything.  My cellphone in my back pocket didn’t even set off an alarm.  It made me feel like anyone could bring in a gun and the guards would be too distracted to handle it all.

It’s bizarre how things between countries are exactly the same and yet completely different.  Security obviously has its different standards but, topographically and aesthetically speaking, Ohio, New York, and France are very similar.  Looking out the windows here, I can see palm trees and a whole different set of flora.  A bizarre haze floats through the sky.  It took me some time to recognize the haze as sand clouds drifting over the Sahara desert.  I’m right by the Atlantic coastline, I believe. 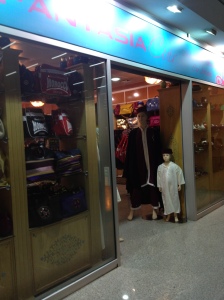 In my particularly imaginative observations, the terminal itself smells like spices and couscous.  The mannequins are dressed like Aladdin.  There are no water fountains and I had to find someone who would take my American cash.  I bought a small Orangina so I could swallow my malaria pill, then I forgot out of thirst and had to dry-swallow it anyway.  I heard two unexpected things, while waiting, over the loudspeaker: Hotel California and some Middle Eastern flutes which I just realized are playing “Yesterday” by the Beatles along with a piano and drums, but no words. 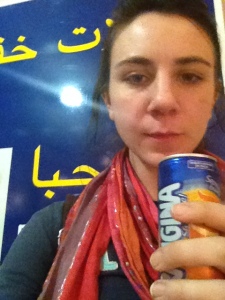 I was cherishing my Orangina; it’s always tastier overseas 🙂

I’m really tired, thirsty, and nauseous from starting my malaria pills two days ago and without substantial liquid.  Sleeping her is hard to do while guarding my things and not losing my stuff.  And somehow I’ve already racked up $50 in data, so bye-bye internet for good.  The smokers in the hall and behind the vendor in front of me (smoking in the terminal) don’t help.  Waiting for my Royal Air Maroc flight is taking eternity.

Well, I called after my mom to verify Aminata is aware of when I arrive.  Telling her in French got the information across better.  Not sure how we will get money, etc., but we will soon enough… Just remember what my friend James had said one night when we were walking back to our places and I was a worried mess about my trip.  He had said, “Everything will work out.  It always does.”  Maybe he has no idea I was actually listening to him and thinking about what he had said, but I’ve totally clung to that.  Every minute of this trip that I’ve gone into a panic, I’ve brought myself back just by remembering him saying that.  I bet he didn’t anticipate the effect it would have on me.