In the morning, we got up to have our Irish breakfast then loaded our car and set off from Kinvara for the Burren.  Kinvara was still empty this week before the sailing festival, but the Burren, as isolated as it is, was swarming with tourists and buses in places you wouldn’t expect to find people.  We wandered through the countryside, covered with lunar stone formations, stopping on for information to get to certain points.  We passed numerous burial sites, church ruins, and tiny towns before stopping at a ring fort exhibition and a dolmen farther up the road.  We left the Burren for the Cliffs of Moher where we paid to park and be admitted to climb through the museum and on to the hill overlooking the cliffs at either side.  We walked a bit of the trail running along the cliffs, taking photos along the way and turning at the tower where we could see the Sea Stack in the water.  Once we felt satisfied with having seen County Clare, we left via Shannon and Limerick City and passed through County Limerick.  Here, we made a stop for coffee and I tried out driving on the other side with a standard.  Really, just remembering how to turn and getting used to the feel of the car…those are the hardest parts.  It wasn’t as bad as I had imagined.

On the road again, we made our way into County Cork in the southwest.  We had to return our car that evening to the airport in Cork, so we made a quick stop in Blarney to see the castle, grounds, and kiss the stone.  I kissed the Blarney stone after just a short wait at the top of the castle, although Dan did not.  We both have acrophobia but I guess he didn’t want to really kiss it.  Nonetheless, we checked out the cool castle, the poison garden, the witch’s stone, the witch’s kitchen, etc., and even walked up and down the Wishing Steps forwards and backwards with our eyes closed.  We have a year for our wishes to come true.

We left Blarney for Cork’s airport where we left Renaulter and Jeffrey, got a free ride from the Europcar man to the airport, and found a cheap taxi to take us to Cork City, driven by what appeared to be an Eastern European man who still thinks it’s the 1980s.  He left us at the train station where Dan watched the bags and I went for a walk to photograph some of the city.  When our train arrived, we jumped on it clear to Killarney in County Kerry.  It was late and dark, but we manage to wander around and find a hotel: Arbutus.  Little did we know that this award-winning, expensive hotel was giving us an incredible deal for the night….and was willing to stow our bags the next day when we decide to tackle the Ring of Kerry by bike.  It was hard to just sleep in such a nice place, so we sat up a little too late watching Whitest Kids U Know before finally getting the rest we needed. 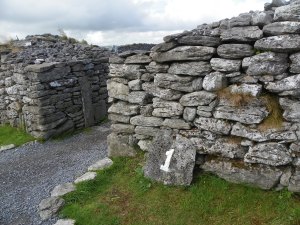 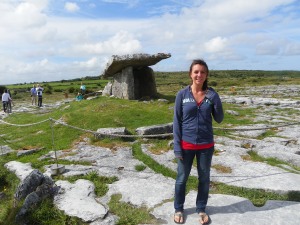 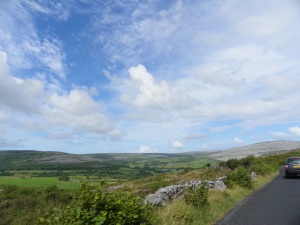 Some of a wall. 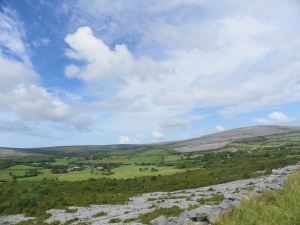 More of the landscapes.

Me and Dan at the Cliffs.

Tower on the Cliffs.

Flowers looking towards the Sea Stack. 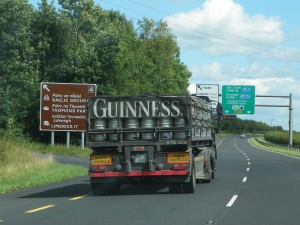 Guinness truck outside of Shannon. 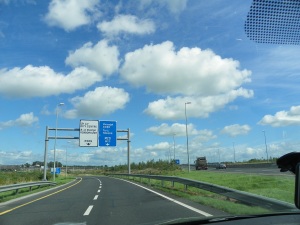 Pretty clouds as we come into Limerick City. 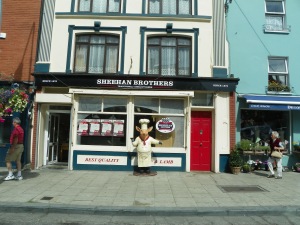 We stopped for food in Charlesville.

Me kissing the Blarney Stone.

View down into the castle. 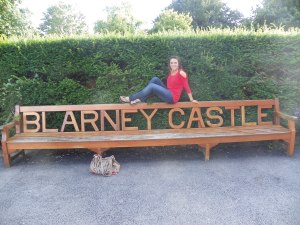 Me on the bench outside. 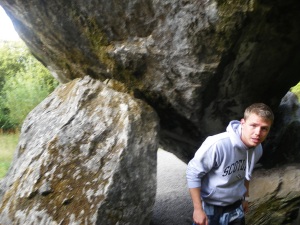 Dan exploring the gardens and stones.

People walking backwards with their eyes closed down the Wishing Steps.